Sunny was brought in as biologist to the board in spring 2022. Having spent the past four years studying the migratory behaviour of Atlantic salmon in Scotland he has experience with tagging and tracking fish in the freshwater environment and a good working knowledge of the genetic processes which underlie variation in the species.

He graduated from Aberystwyth University with a bachelor’s in Marine and Freshwater Biology and a master’s degree in Population Genetics. He is currently working on submission on his PhD thesis which has examined fine scale population structure of Atlantic salmon within rivers across Scotland.

He is responsible for the capture and tagging of smolts on the river, leading survey and contract work and moving forward with the design of research into smolt survival and general reporting.

Sunny has a keen interest in climate resilience and conservation of natural systems. When not in the river you can find him walking Scotland’s mountains, exploring the coasts and mountain biking through its forests. 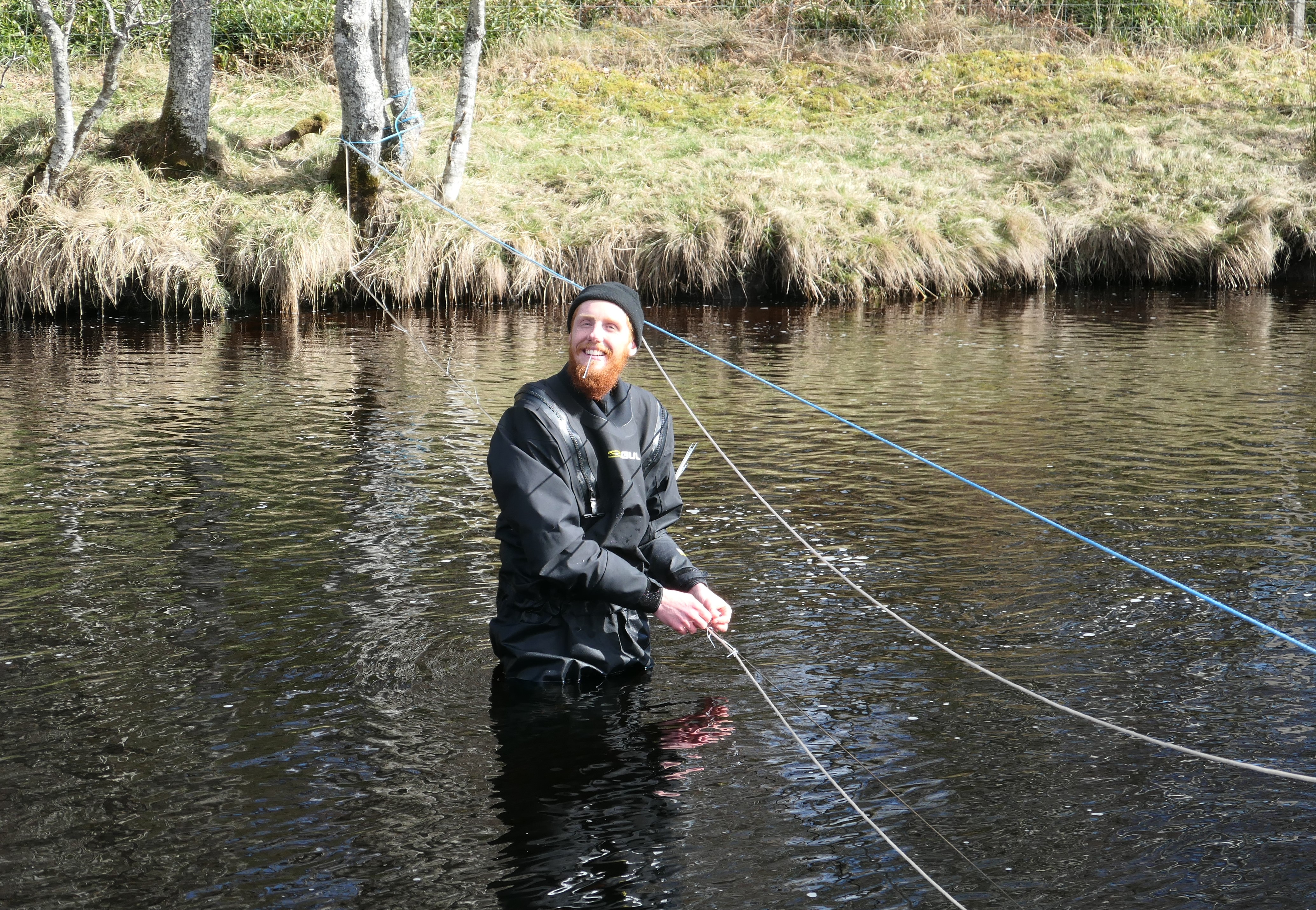 Ben joined the Cromarty fishery board in April 2020. Originally from Suffolk, he completed a bachelor’s degree in Marine Biology and Oceanography at the University of Plymouth before returning to university and being offered a postgraduate Erasmus Mundus scholarship in Aquaculture, environment, and society at SAMS and the University of Crete. He has over 5 years’ experience in working in hatcheries and aquaculture.

Since joining the fishery board he has received the Simon McKelvey Scholarship, undertaking the IFM Diploma as well as being awarded the Roger Barnes Memorial Quaich for achieving the highest marks in the 2021 Water Bailiff exams.

He is responsible for hatchery and broodstock operations as well as aiding in tagging, smolt trapping and juvenile stock assessments. Before joining the board Edward worked at a trout fishery, a trout farm and spent time as a seasonal water bailiff prior to studying fisheries management for 2 years. Upon completion of his studies, he joined the Fishery Board in 1986 as a full-time water bailiff. While working with the board he has developed his working knowledge of the river systems by completing the IFM Fisheries Management diploma in 2016 and being awarded the Phil Hickley Award for the best research project. With almost 30 years’ experience he is now the Operations Manager, leading fisheries enforcement within the Cromarty fishery board.

With a long career in fisheries enforcement, he is the water bailiff training coordinator for the Scottish branch of the Institute of Fisheries Management. This role allows him to teach the relevant legislation and skills required to those who wish to become warranted water bailiffs of the future. He also sits on the Fisheries Management Scotland Enforcement committee.

When not on the river he enjoys walking and is a keen photographer. 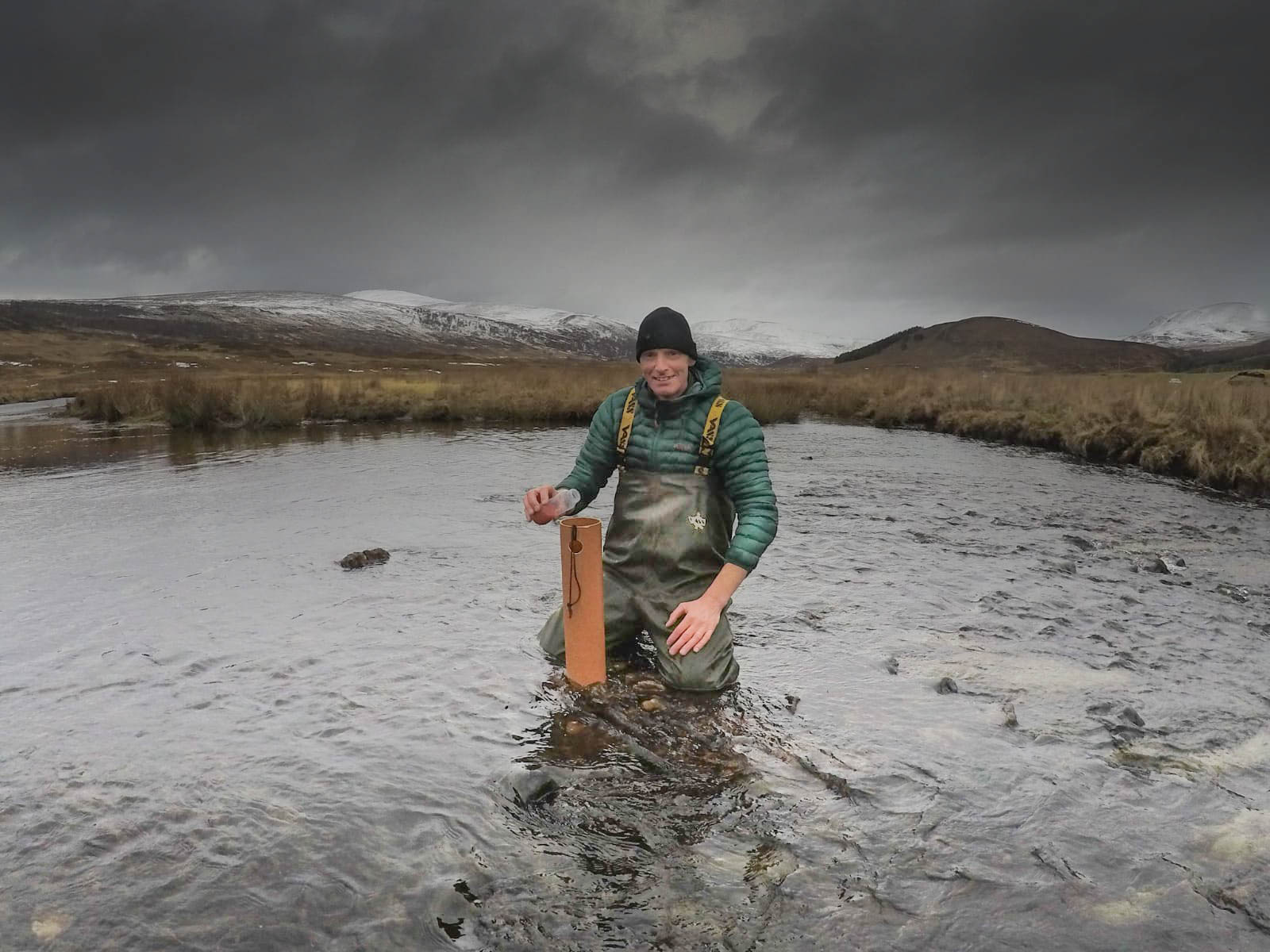 Rikki is a keen angler and a passionate advocate for the promotion of junior angling. He currently is one of the directors for the Alness Angling club. Martin is a keen angler with a passion for pike fishing. On his days off,  you can often find Martin by the lochs fishing.